Some version of the Mueller Report is expected to drop sometime next week and the Trump is feeling good about it. He was asked today if he’s worried about the fact that his Attorney General claims he will not redact potentially embarrassing parts of the report, and that question gave Trump a rare opportunity to wax poetic about himself. In other news, it was a tough day for Julian Assange, the founder of Wikileaks, who was arrested in London and could soon be extradited on charges he faces back here in the states. Assange was charged by the Justice Department with conspiring to hack into U.S. government computers. And because everything is totally weird now, Julian’s friend Pamela Anderson lashed out on Twitter.

Not All Of Trump’s Presidential Alerts Were The Same Will Arnett Played an FBI Agent in The Sopranos 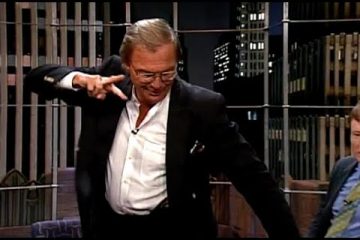 Adam West Does The Batusi – “Late Night With Conan O’Brien”