In this ‘Year 3000’ parody, it’s 2006 and The Jonas Brothers are working out their new song, Year 2019, in which they meet a British man named James Corden who tells them all about the weird things they’ll find in 13 years including television on phones, The Rock becoming a famous actor and the Kardashians building an empire.

Lyrics:
One day we were at home rehearsing

I heard a funny noise

Opened the backdoor to find out

It was a dude with a British voice

Stood there, said his name was James Corden

We hadn’t heard of him

He told me he built a time machine

You won’t believe who the new President is

It’s the guy who hosts the Apprentice

He showed us the future through a portal

And we saw everything

He made us terrified

We thought the future would be the best

So what’s new with Kanye West?

TV has changed, now it’s all on your cell phone

You can filter any photo

Everybody is obsessed with flossing

He said that Blockbuster is shut down

Fyre Fest was a total disaster

And The Rock is now a big actor

The Kardashians have had 15 seasons

Some things have changed, but it still can get better

And our band is back together 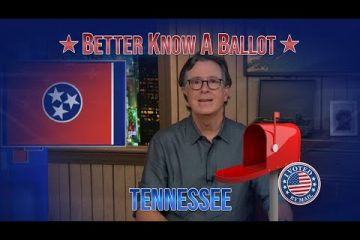 Tennessee, Confused About Voting In The 2020 Election? “Better Know A Ballot” Is Here To Help! 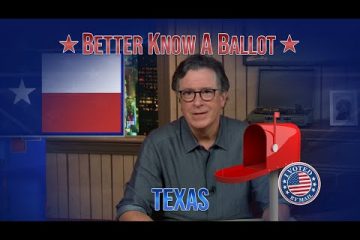 Texas, Confused About Voting In The 2020 Election? “Better Know A Ballot” Is Here To Help!