Things are starting to open back up in California and our Governor, Gavin Newsom, announced today that in some parts of the state movie theaters could be up and running as early as next week. So we decided to have some fun with that by making a fake poster for a fake movie and stationing ourselves outside a theater here in Hollywood. We told people walking by that we were doing a commercial for it and asked if they would give it a rave review without seeing it. Rave they did in a special COVID edition of “Lies, Camera Action” with Mark Hamill as Albert Einstein in Thawing Albert.

Zoey Deutch Warns Everyone to Not Smoke Woody Harrelson’s Weed

Adam Devine Loves the Food in Charleston, But He Won’t Eat Grits 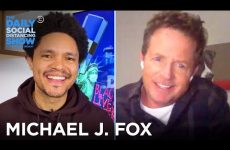 Michael J. Fox – Finding Gratitude in “No Time Like the Future” | The Daily Social Distancing Show 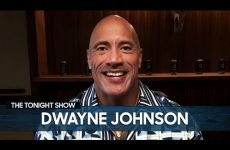 Dwayne Johnson Is Running for President in NBC’s Young Rock