Donald Trump’s Dead Father Has Message for Him

Donald Trump is getting a lot of heat for extensive allegations of fraud and tax evasion in a monster story by the failing New York Times that reveals many potentially damaging secrets. The article alleges among other things that Trump and his siblings hid millions of dollars in a ‘sham corporation’ and that Trump is by no means a self-made man. Trump famously said his Dad gave him a million-dollar loan to kick start his career and it turns out his father actually gave him 413 million dollars. Fortunately, Jimmy got a visit from the ghost of Donald Trump’s father to help clear some things up.

Trump’s Top Cop Has a Plan to Clean Up Chicago 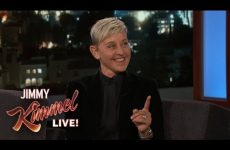 Best of Sam’s Backyard: Adapting to the Great Outdoors | Full Frontal on TBS